The USS America, the third Kitty Hawk-class attack aricraft carrier, leaves Philadelphia
and is towed out to sea. The Navy will conduct tests on the carrier
for a number of weeks and then the ship will be sunk. Additional photos of the tow
can be found on the USS America Carrier Veterans Association web site,
and some good overhead photos on the CVN-78 USS AMERICA web site.

The Associated Press Friday, May 20, 2005; 11:26 PM NEWPORT NEWS, Va. -- The retired aircraft carrier USS America
is on the bottom of the Atlantic Ocean, sunk by the Navy in a series of explosive tests that upset some veterans.

The 84,000-ton, 1,048-foot warship that served the Navy for 32 years rests about 60 miles off the coast
and more than 6,000 feet down, according to Pat Dolan, a spokeswoman for Naval Sea Systems Command. 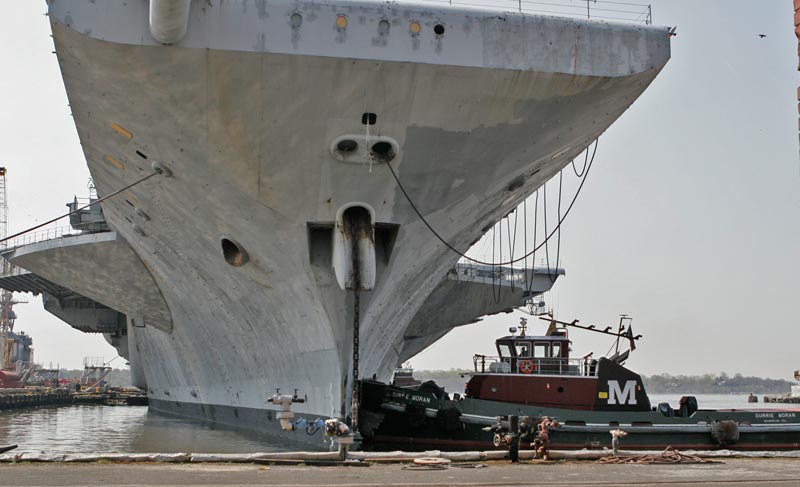 Tug Surrie Moran at the bow of the USS America 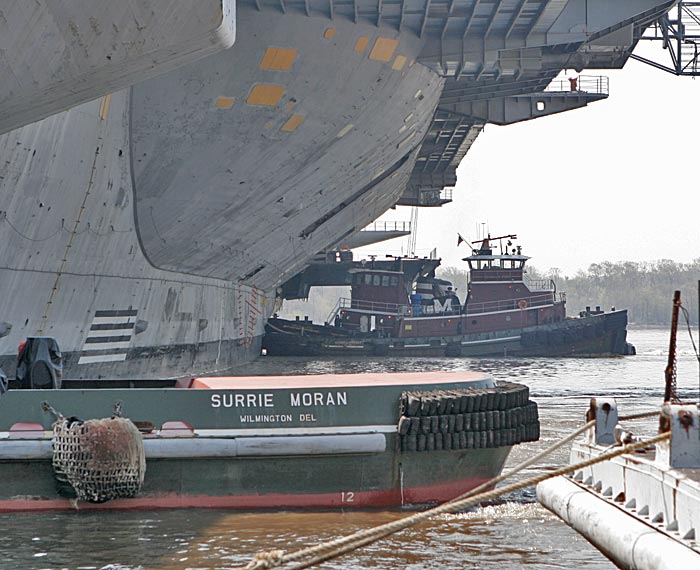 All digital photography, written material and graphics
by Sonja Keohane unless otherwise noted.

All material on this site, except where noted:
Copyright © 1999-2007 Sonja K. Keohane
All Rights Reserved